Rental Rates on the Way Up in NYC

Posted on February 2, 2013 by TrueGotham Blog 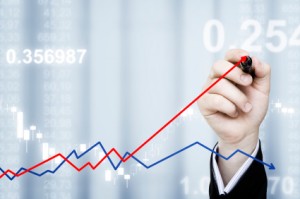 It seems that apartment landlords keep imposing hefty rent increases, despite the fact that there are some signs they might lose their leverage with the tenants. According to a recent report, the average monthly rent for an apartment was $1,048 in the fourth quarter, which represents 0.6% more than the third quarter and also $3.8% more than last year.

The vacancy rate for an apartment, which has continued to decline since it reached 8% during the financial crisis, dropped to 4.5% from 4.7% in the third quarter. Since 2001’s third quarter, this represents the lowest rate. However, the good thing is that high rates won’t stop people from renting. In those markets where the housing bust hit the hardest, vacancy rates fell. Phoenix is included here since vacancies dropped to 5.8% and the same happens with Orlando, Fla., where vacancies declined to 5.3%.

The performance offered by New York City was one of the biggest surprises of the report. Among the cities investigated, New York keeps having the lowest vacancy rates. The city’s rent levels are actually the highest in the country and some might be tempted to say that renters are unwilling to pay anything higher. Anyway, rates tend to go on picking up in a lot of cities. Seattle represents the peak, with a 5.8% rise from last year, while Houston, San Jose and San Francisco faced increases that reached 5%.

Since mortgage rates continue to be low and rents keep rising, more and more consumers find it cheaper to own a house rather than rent it. The ratio of rent for mortgage payments was 107.8% in the third quarter, as far as Deutsche Bank says. This means that mortgage payments are less expensive than rents for median homeowners. Those with an eye on the rental market consider that even though the housing market is healing and this represents a threat, fundamentals ought to stay sound this year as far as apartment landlords are concerned. Being able to make a down payment for purchasing a home remains pretty tough for consumers. Moreover, rigid mortgage standards force most of those who may want to buy a home to keep renting.

Furthermore, most people like having the possibility to pack up easily and move for another job. The U.S is becoming a renter‘s nation. Nowadays, young people tend to value flexibility a lot more than stability. And things won’t change anytime soon.

In the same time, oversupply represents a threat to landlords. Even though apartment constructions got stuck after the housing crash, it appears that developers are hurrying to deliver brand-new apartment buildings. A deficiency in job creation mixed with a raise in home sales could represent a perfect storm for apartments.

This entry was posted in A Broker's Job, Market Insight, Tips & Advice, Uncategorized. Bookmark the permalink.