Social Media and Doing Right by Our Clients 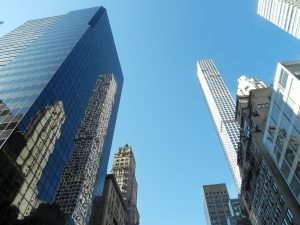 This past September I decided to take a break from social media, specifically Facebook. While I missed the pictures of my sister’s kids, the posts from my nephews, in-laws, my mom and many of my friends, I did not miss the political posts that contributed to my considerable loss of faith in a segment of our nation. Even more aggravating than the nonsensical diatribes on our political climate, I noticed a huge surge in the amount of egocentric posts by some of my very own real estate colleagues. Facebook Live posts from the backs of taxis, poorly acted vignettes created under the auspices of showing the social media sphere how one runs their business and even inflammatory and highly offensive personal political views are attacking many of the New Yorkers whom we serve.

We were drowning in a perfect storm of self-produced “reality” TV shows, easy access to broadcast ourselves to the masses and an epidemic of unbridled narcissism. We utterly and completely missed the point of why we do what we do – we find homes for the men, women, friends, families and children who make up the greatest city in the world.

Have we forgotten that the customer is ultimately whom we serve? In these posts, I see no mention of them, no appearance and rarely a word about them, unless it’s in effusive praise of the agent. Many may think this is funny coming from the guy who introduced the guided video tour to the Manhattan market in 2006. Yes, there were times when I was shooting where I lost sight of the fact that the video was about the property and ultimately doing my job for the customer. Fortunately, I had videographers who always brought me back to reality (real reality) to maintain focus on the task at hand: doing right by my homeowner.

I’m back on social media now. As much as some of the content remains an irritant, I see many ways in which video, Facebook Live, Snapchat, Instagram and the like can play a positive role in servicing the client and raising the bar in the real estate industry. Some are doing it right but most aren’t, in my opinion. There is a better way and I have to believe that those of us who are committed to doing right by our clients will find it.