A new neighborhood is being reimagined which will connect Soho, the West Village and Tribeca. It’s name: Hudson Square.  With numerous new developments in the pipeline and the potential redevelopment of St. John’s Terminal, a three block building between Clarkson and Charlton streets  of more than 1.1 million square feet, the area is most certainly in the early stages of a residential boom. 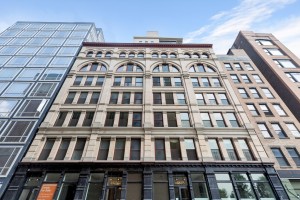 Bounded by the Hudson River, Morton Street, Canal Street and Avenue of the Americas, the area has been dubbed “West SoHo,” the “South Village,” and even “North Tribeca.” That said, the moniker that has caught on most is Hudson Square.

This neighborhood is quite unique in that nearly all of the land is owned by the historic Trinity Church which was founded in 1697. As one of New York’s largest real estate owners, thanks to a mid 18th century “gift” to the church from Queen Anne of England, the church owns almost 6 million square feet in 23 buildings.

Once home to mostly publishers and printers, the commercial renaissance brought in a new breed of creatives including architects, filmmakers and new media types.  Clear Channel, Viacom and Miramax all call Hudson Square home. More sophisticated dining options and some trendy hotels are adding to the emergence of what is sure to be one of the city’s most popular enclaves.