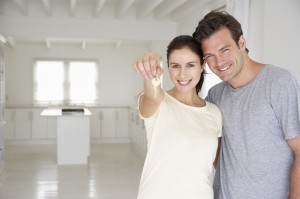 Tribeca Luxury Condos and Real Estate are some of the best that New York City has to offer.  The area takes its name from “Triangle Below Canal” and has been known as such since the 1960s.  Tribeca has become one of the most sought-after locations in Manhattan, due to its luxurious and large warehouse buildings and lofts, charming cobblestone streets, and plentiful cafes and restaurants.  In 2006, the Tribeca zip code 10013 was ranked as New York City’s most expensive, and the 12th most expensive in the United States.

Tribeca is bordered by Canal Street, West Street, Broadway, and Vesey Street.  Its character is defined by the former industrial buildings and warehouses that have been transformed into residential buildings and lofts.  In particular, there is a group of well-maintained brick and wood homes dating to the 19th century that line Harrison Street and Greenwich.

Tribeca began as a commercial center, especially for the textile and cotton trade.  The structures that were built to house this industry in the 1840s and 1850s were designed in an Italian style with classical lines featuring marble, cast iron, and limestone facades.  The factories and warehouses that were constructed a few decades later, in the 1880s, were built in a more Romanesque Revival style.  Since the area’s transformation into a residential enclave, it has become home to many artists and families who live in converted warehouses and loft-style apartments.

Some of the interesting things to see and do in the neighborhood include:

Tribeca has become known for its plentitude of trendy restaurants and upscale shopping destinations, including:

This entry was posted in Uncategorized. Bookmark the permalink.