Posted on October 5, 2012 by TrueGotham Blog 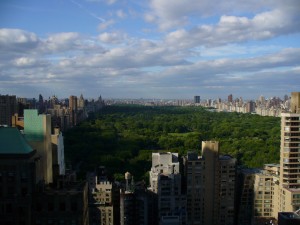 110 Central Park South Luxury Condos are highly sought after units situated in the perfect location of Midtown. These condos provide unsurpassed views of the Central Park and the extensive skyline of New York city. 110 Central Park South was originally designed and constructed in 1927 by world renowned architect James Carpenter.  In 2004 this building was transformed into 68 luxury condos and three additional penthouse floors were added. The entire interior was destroyed and all of the mechanical components and plumbing were replaced.

New floorplans were introduced in which condos ranged in size from 1,000 square feet to 4,500 square feet. 6,000 square feet of the first floor was purchased by the Gentleman’s clothier Ascot Chang and used as retail space for its flagship store. The residential portion of this renovation was completed in 2006 and only 18 short months after, all units were sold. The sales for the 110 Central Park South luxury condos surpassed original forecasts by 40%

Most of the condos come equipped with designer cabinetry and appliances. They are also decked with lush eat-in kitchens that have alluring views of Central Park. The bathrooms in these luxury condos have Sycamore vanities and are trimmed in marble. This building has always been known for it’s elegant attributes as it was originally the Ritz Carlton Hotel and prestigious Inter-Continental Hotel.