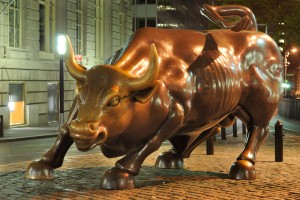 Downtown Manhattan is surely an interesting place, especially when it comes to the Financial District. This is a historic and intriguing neighborhood in New York. People often wonder why it is called as such. Well, the reason is very simple and obvious. This district has long been the center or heart of the financial industry. Career, living and entertainment run here for 24 hours a day, and 7 days a week. Most of the residential areas here are definitely elegant, which can match the world-class cultural institutions, and the like.

Financial District is sometimes called as the FiDi. It is a neighborhood located in the southernmost section of the city. Major financial institutions can be found in this area, including the New York Stock Exchange, as well as the Federal Reserve Bank of New York. And of course, this is the location of the former glorious World Trade Center, but now it is currently being rebuilt.

The district covers the area couth of City Hall Park, but not including the Battery Park and Battery Park City. On the northeastern part, during the 20th century, it is known as the Insurance district since there were a lot of insurance companies within the area back then.

Financial District is a hub for the city’s tour companies and other similar firms. The Circle Line Downtown even offers narrated tours of the harbor, which involves the view of the Statue of Liberty, the Empire State Building, and so much more. Tours offered by the New York Water Taxi include a 1-hour tour on the Statue of Liberty Express, Statue by Night tour, and the more. If you want something more exciting, you can opt for the Helicopter Flight Services and Liberty Helicopter Tours. The tours are perfect for foreigners and NYC first timers.

There are certainly many fun things to do in Financial District; it is not just about the stock exchange, work, and the like. It is a home to many entertainment centers and beautiful attractions. Some of which are the following:

And if you want to go on a shopping spree, it is best to visit the following places:

And since this is considered as the heart of the financial industry, people can expect that the nightlife here is pretty healthy too. There are indeed a lot of bars and clubs that people can go to. Here are some of the best examples:

For more information on the Financial District – Luxury Condos CLICK HERE to speak with Doug Heddings.