Waiting Yourself Right Out of a Buying Opportunity

A recent DNAinfo begs the question, “Do You Regret Not Buying a New York Apartment 10 Years Ago?” If you are one of the many who decided for one reason or another to continue to rent, I sincerely hope that  your regrets are deminimis. Perhaps you have watched your financial portfolio grow from other investments? Maybe the rent vs. buy scale for you was never tipped in favor of a purchase? Or could it be that you, like so many others in our great city, have suffered from the “eternal sticker shock syndrome” that has kept you on the sidelines every time you were close to making a purchase?

Back in April of 2007, in True Gotham’s infancy, I wrote a post about customers of mine who couldn’t find an acceptable home with a budget of almost $4,000,000.00! Another customer of mine balk 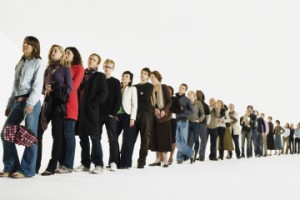 ed at the $2000/sf prices that were being asked in the initial offering of 15 Central Park West, insisting that $2000/sf was not sustainable. The former customers continue to rent wishing that they had been able to pull the purchase trigger at some point over the past 9 years. And those same apartments at 15 CPW are now trading for an average of $7500/sf.

I could go on and on with examples and anecdotes of buyers who have chosen to stay on the sidelines mostly for fear of catching a falling knife. In fact, while contract signings are up 35% in our offices YoY for the month of January, one of our buyers is considering the big mistake (IMO) of walking away from a huge deposit for fear of a falling market. That said, I can also give you almost as many anecdotes of buyers who decided that homeownership made sense for them and have watched as the equity in their homes has climbed over the past 5, 10, 15 or 20 years. And of course I know a few buyers who purchased high and were forced to sell low but they definitely seem to be the exception.

One thing for certain is that trying to time any market is almost always a failing proposition. Homeowners are homeowners because they bought. Very few of them have regrets. It’s just that simple.

One Response to Waiting Yourself Right Out of a Buying Opportunity