Will Buy a Haunted House, For a Discount 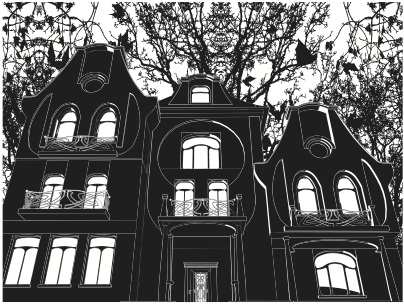 A recent poll from a reliable real estate new source reports that almost one third of home buyers wouldn’t rule out the possibility of purchasing a “haunted house”, or a home where paranormal activity has been reported. However, 29 percent of these perspective purchasers said that they would expect to buy the home at a discount of at least 20 percent. Of the homebuyers who were polled, spots in the home that were remarkably warm or cold due to a supernatural source would stop them from purchasing the home.

Other factors that would completely change a buyer’s mind about acquiring the “haunted” home include actual ghost sightings, flickering lights, strange voices or noises, and levitating objects. Around 35 percent of the individuals polled said they would never even consider buying a haunted house. On the contrary, a mere two percent said they would pay more than the market value for a house that was believed to be haunted.

Realtors assert that if you’re selling a home that you believe is haunted, you may want to “communicate” with the forces in the home and request that they behave while you’re showing the property to potential buyers. Forty-one percent of homebuyers said they would be fine with purchasing the house if the assumed ghosts in the home remain inactive.

Whether or not you believe in ghosts, it’s been proven that some houses just have some strange activity going on in them. The presumably ghostly activity seems to happen most often at night, just when you may be trying to get some much needed rest. So how can you find out if your house is legitimately haunted?

One of the best things to do is the check the disclosures form the seller. Most states require sellers to fill out a form revealing that they know about the home and property’s physical condition. Chances are you’re not going to see a “haunted” box on the form, but some sellers will provide information about any odd happenings on the property.

It also wouldn’t hurt to ask neighbors what they know about the house you’re thinking of purchasing. It’s best to start asking general, open-ended questions, such as “Is the house a desirable place to live?” or “Can you tell me anything about the home’s history?”

Try conducting an Internet search as well to see if you can get additional information on the property. this is definitely something Jeffrey Stambovsky should have done before he purchased a Victorian home in Nyack, New York in 1990. Stambovsky wasn’t familiar with Nyack legends, as he was from NYC, and the seller didn’t tell him that the property was haunted. However, a report from Helen Ackley, a previous owner of the home, revealed that a ghost would wake her daughter each day by shaking her bed. The girl had to loudly inform the ghost that she wanted to sleep in when it was spring break. Ackley also asserted that the ghost of a Navy lieutenant confronted her son “eyeball to eyeball” in the basement of the home.

Stambovsky was able to back out of purchasing the $650,000 home. However, the house was still of interest to a group of potential buyers, including famed mentalist The Amazing Kreskin.