Posted on October 7, 2012 by TrueGotham Blog 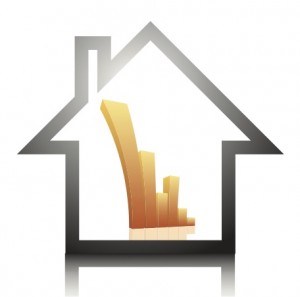 According to data released from Standard & Poor’s/Case-Shiller most recent home price index, home prices in the United States have increased in June compared to numbers from June of 2011. These consistent increase is due to the growth in the housing market noticed in the beginning of the year and the amount of recent foreclosures.

Properties being sold by lenders are generally sold at highly reduced rates which may seem great to the buyer but depletes the value of surrounding homes in the process. Since the real estate market has seen a lower amount of properties owned by lenders, investors and traditional buyers will be forced to compete for the homes are listed.

Listed below are America’s best and worst performing housing markets.

The mix of less foreclosures being introduced to the market and the high demand investors have placed on lender-owned properties, bidding wars and increase home prices have increased activity in Phoenix. However, sales of bank-owned properties have decreased to the lowest point seen in over 4 years in August.

Within the first quarter of 2012, sales of distressed properties have increased 33%. Even with this increase, Minneapolis has a surplus of close to 20-months worth of foreclosed properties.

Local investors as well as foreign buyers have continued to increase home sales in Miami. July’s sales have reached a five year peak but the Miami market is still holding onto a 20.3-months worth of foreclosures.

Home sales in Denver have reached the highest they’ve been since February. Close to 21% of home sales were from buyers purchasing second homes which leads us to believe that these are all investment properties.

5. Washington’s activity is up 3.9%
The DMV area of Washington, Maryland, and Virginia have continued to have a thriving job market due to government contracts. The demand for real estate continues to grow as the foreclosures in this region have declined since the first first quarter of this year.

The unemployment rate in Atlanta has reached 11% which may be due to the fact that the Atlanta economy is based heavily on construction and real estate. The Atlanta housing market is also still holding on to close to a 12-months worth of unsold properties which is double the amount of a healthy market.

This decline in the New York market is partly due to the fact that buyers cannot afford the high priced properties here. Even distressed properties with major price cuts are considered expensive to the average buyer. Another reason for this decline is the fact that it takes close to 3 years for the entire foreclosure process to be completed which essentially defers distressed sales.

The lack of inventory of lender-owned properties has cause sales to stagger. High unemployment rates and an economy based on tourism has deterred many Las Vegas buyers.

The unemployment rate in Chicago has decreased to 9.4% in June compared to 10.9% calculated in June of 2011. On a good note, the amount of short sales has increased and the supply of bank-owned homes has fallen to roughly 19 months.

Over the past year, the housing market in Los Angeles has began to balance out. The unemployment rate has been slowly declining and sales have increased for properties that have not hit the point foreclosure point.

This entry was posted in A Broker's Job, Market Insight. Bookmark the permalink.