East Village a Haven for Artists 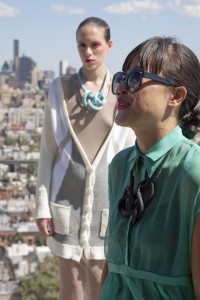 East Village is a New York neighborhood in Manhattan. It is east of Greenwich Village and south of Stuyvesant Town and Gramercy Park. The Lower East Side lies to the south. East Village is further subdivided into the smaller neighborhoods of the Bowery and Alphabet City.

The region used to be part of the Lower East Side, but it began to develop a character of its own in the later part of the 60’s when many musicians, artists, and students moved to the location. They were attracted by the low rents and the existing base of beatniks who been living there since the early 50’s. The area was already considered the center of counter culture in the city.

The East Village is renowned for being the birth place of multiple artistic movements such as punk rock and the Nuyorican Literary movement. The area has also seen its share of riots and protest.

The district is famous for having a vibrant nightlife. It is quite diverse in nature. In recent years it has undergone extensive gentrification which has altered the zone’s character somewhat. The cheap rents that once attracted so many struggling artists are certainly a thing of the past.

East Village began as a farm owned by General Wouter van Twiller. In 1651, Peter Stuyvesant bought the farm. His family held title to the land for 7 generations. They began selling off parcels of their property in the early part of the 19th Century. High end townhouses began popping up along the roads until a flood of German and Irish immigration in the 1840’s and 50’s swelled the local population.

Speculators began constructing multi unit buildings on parcels intended for single family homes. They rented rooms and apartments to working class immigrants, many of whom were from Germany. Throughout the later half of the 19th century, the district was home to the third largest metropolitan population of Germans outside of Vienna and Berlin. It became America’s first foreign language neighborhood.

Many ethnic social, political\cal, recreational, and sports clubs were set up. While the buildings that housed these associations often still remain, the Germany character of the region began to decline. New immigrants continued to flock into the area at the end of the 19th Century, but now they were more often Polish of other East European stock. After World War II, a large number of Ukrainians settled here.

The East Village used to end at the East River at Avenue D., but fill was used to push the shoreline out in order to accommodate Franklin D. Roosevelt Drive. Much of the rubble used for this project was shipped across the Atlantic from England. It consisted of debris gathered in London and other spots that had been ravaged by aerial bombardment during the war.

East Village still exhibits the creative spirit that allows it to transform the mundane into something marvelous. Perhaps this is why artists have long been attracted to this spot.