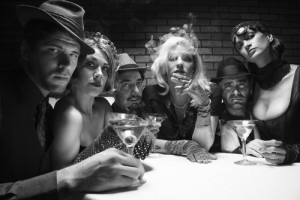 Gangsters of the 1920s have an international reputation for their cruelty. At the same time, they are surrounded by a romantic aura. These men had personalities that dominated the gossip columns and the news, but they also marked the Prohibition history. Still, not many people know that some of the most famous mobsters lived daily lives anonymously in their comfortable and luxurious homes. Read on to find out where the Most Wanted individuals of the 20s lived in.

On the top of the list you’ll find the famous Al Capone with his property situated at 7244 South Prairie Avenue in Chicago. This was his first home in the big city and it looks quite modest. He was dealing with illegal and lucrative business, but did not want to show off. The gangster moved to Chicago from New York and this was the first residence he bought. He lived there until he was forced to move to Florida because of the threats he received. The Chicago home had 2 bathrooms and 4 bedrooms, and in 2009 its starting price was $450,000. Al Capone moved to Florida in 1928. There, he purchased a huge mansion on 93 Palm Avenue. The Miami Beach house was his final home. He died in this secluded property in 1947. Later on, the residence was sold for $9.95 million.

Chicago was ruled by Al Capone, but New York City was ruled by Benjamin “Bugsy” Siegel. After he retired, he moved to Las Vegas and then Los Angeles. Siegel developed a real empire of gambling and bootlegging and he even started the Murder, Inc. Company. At the same time, he wanted to expand his empire in the gambling capital, Las Vegas. Siegel loved living in Hollywood and he was always looking for luxurious homes in the region. His estates were the headquarters of his lavish parties. One of his L.A. homes was constructed for his children and wife. It was situated at 250 Delfern Dr. He never lived there. Instead, he preferred the estate located on Mulholland Drive, the Castillo Del Lago. Eventually, in 1947 the mobster was murdered in another rental home of his, at 810 Linden Dr.

Ma Barker is another well known gangster. She was dealing with high-profile robberies when she decided to move to Ocklawaha with Fred, her son. Their intention was to hide out, but the FBI found out about of their plans and caught them. Fred and Ma were eventually killed in the clash. The 4 – bedroom home at 13254 E Ocklawaha Highway still preserves the bullet holes. The house hasn’t been renovated since and it was recently listed for $1 million.

Chicago was also ruled by George “Bugs” Moran. He was Capone’s biggest rival. Moran lived in a luxurious hotel suite at the famous Parkway Hotel situated on 2100 N Lincoln Park W. Nowadays, the hotel is a condo building called Pierre Condominiums. Chicago featured the most impressive list of mobsters. Johnny Torrio ran the streets before Capone did. In fact, he was Capone’s friend. He lived in a house at 7017 South Clyde Avenue before moving to Europe. Another one of Capone’s friends was Frank Rio. He was in charge with the Valentine’s Day Massacre. He lived in Oak Park, at 1000 Belleforte Avenue.

This entry was posted in Fun, In The News, Uncategorized. Bookmark the permalink.