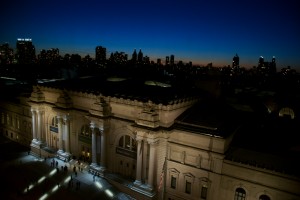 Upper East Side luxury condos and real estate command high prices because of the incredible reputation the area has for being chic and because the locale has so many things going for it. The district is close to the city’s central business district.  It has a profusion of swank shops and restaurants.  There are a host of cultural amenities close at hand, and the neighborhoods that surround it are likewise full of retail shops, office towers, and entertainment venues.

The neighborhood runs north and south from 96th St. to 59th St, and east to west from the East River to 5th Ave. along Central Park.  Formerly called the Silk Stocking District for its opulence, the place remains one of the most affluent sections of New York City.  It originally began to develop in the 18th Century as a market garden area to serve the need for produce of the fast growing metropolis at the southern end of Manhattan.  In 1837 the New York and Harlem Railroad laid tracks into the area and established a station at 86th St around which commercial development began.  By the mid 19th Century, farm land had largely given way to subdivided parcels containing businesses and homes.  The area was not considered fashionable at the time because of the presence of heavily trafficked rail lines.

Once the Park Avenue Railroad became a subterranean line in 1910, well to do New Yorkers began building mansions and fancy townhouses here.  The Vanderbilt family built a mansion along 5th Ave. in the 1850’s.  In the 1870’s a row of posh townhouses was built along 5th Ave., between 57th and 58th Sts.  Fancy villas were built along the East River.  Gracie Mansion is the only one that remains to this day.

5th Ave. fronting Central Park became lined with mansions owned by the likes of Andrew Carnegie and the Rockefeller family.  By 1916, apartment houses began replacing the row of stately mansions.

Upper East Side luxury condos and real estate are close to some of the most famous museums in the world.  The section of 5th Ave. along Central Park that contains most of them is called “Museum Mile.”  The table below lists just some of them.

The neighborhood also includes such renowned hotels as the Plaza, the Carlyle, and the Bentley.  Many high end shops may be found in the Upper East Side along with some of the best restaurants in the city.  Many doctors and lawyers maintain offices here.

This entry was posted in A Broker's Job, Fun, Market Insight. Bookmark the permalink.